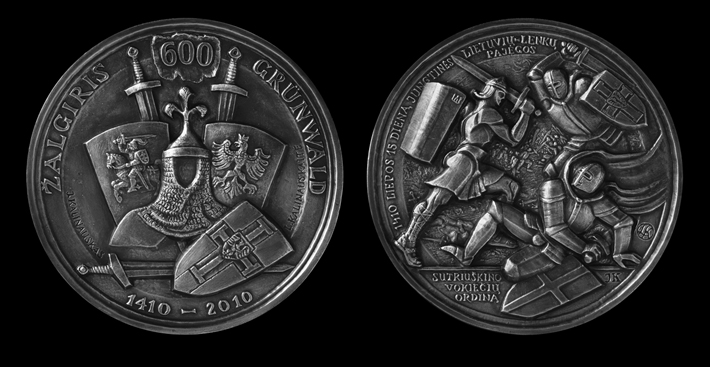 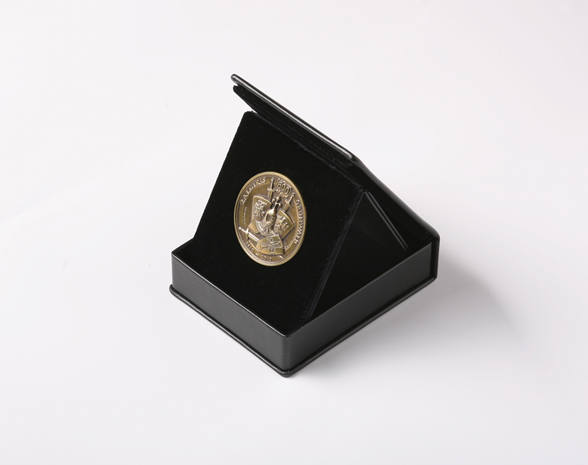 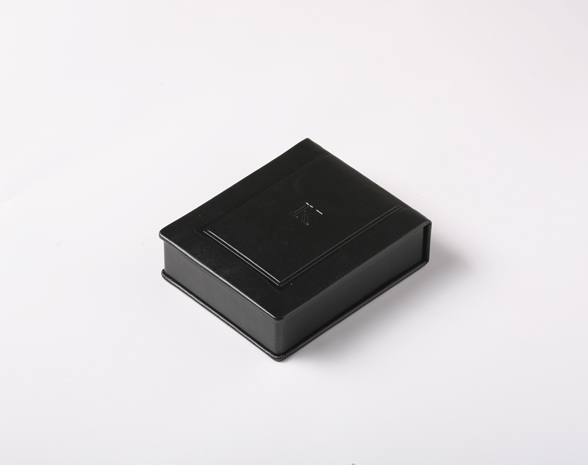 „Jubilee medal 600 years to the battle of  Žalgiris-Grünwald”

On the 15th of July, 1410, one of the most famous battles of the Middle Ages took place in the field of Grunwald or Tannenberg. During the battle, the troops of the Grand Duchy of Lithuania and the Kingdom of Poland defeated the Teutonic Order. Head of states, the King of Poland Jogaila and the Grand Duke Vytautas, the Gediminids and cousins and Lithuanians united their troops into one strong power and preserved the Independence of two countries.

During the battle, Vytautas distinguished for his general’s talent. The troops commanded by him withstood one of the main attacks of the Order, dissipated its power, executed the retreat manoeuvre perfectly, covered the right wing of the Polish troops and returned to the battle at the right moment and contributed to the common victory.
The authors Juozas Kalinauskas and Lina Kalinauskaitė commemorating the 600th anniversary of the Battle of Grunwald created a medal which will add a collection of medals available in our country helping to know the past glories of war of Lithuania and which will indoctrinate love to Native Land.